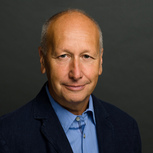 Luis A. Caffarelli is a leader in the field of partial differential equations and their applications. He  currently holds the Sid Richardson Chair at the University of Texas at Austin. He also has been a professor at the University of Chicago, at the Institute for Advanced Study at Princeton, and at the Courant Institute of Mathematical Sciences at New York University.
L. Caffarelli has been awarded an impressive quantity of prestigious prizes, among them the Rolf Schock Prize of the Royal Swedish Academy of Sciences (2005), the Leroy P. Steele Prize for Lifetime Achievement in Mathematics (2009) and the Wolf Prize in Mathematics 2012 (jointly with M. Aschbacher, 2012).
L. Caffarelli's research touches some of the most difficult regularity issues in partial differential equations: free boundary problems, fully nonlinear elliptic equations, minimal surface theory, Monge-Ampere equations, Navier-Stokes equations - his contribution with R.V. Kohn and L. Nirenberg is considered to be one of the most important of the theory. He also obtained breakthrough results in nonlinear stochastic homogenisation.
Recently, he given an important impulse to the theory of nonlocal and an integro-differential equations, one of the main topics of the project.

X. Cabré is currently an ICREA Research Professor at the Universitat Poitecnica de Catalunya. He obtained his PhD in 1994 under L. Nirenberg at the Courant Institute, Courant Institute. He then went to the Institute for Advanced Study, Princeton, 1994-95, where he wrote with L. Caffarelli a book on fully nonlinear elliptic equation, which is still an unsurpassed reference in the subject. He has been a regular an long term visitor in high standard places: Université Pierre et Marie Curie,  Scuola Normale Superiore, University of Texas, Austin. He has been a Fellow of the American Mathematical Society, since 2012.
X. Cabré's research focusses on semilinear elliptic equations, where he obtained especially original results by bringing in ideas from minimal surface theory and calculus of variations. Among his best known results is his proof with L. Ambrosio of the de Giorgi conjecture (a conjecture about the level sets of solutions of elliptic equations modelling phase transitions) in 3 space dimensions.

M. Mimura is currently a Professor at Meiji University (special appointment, since 2012). Previous to that, he was a Professor at Tokyo University and Hiroshima University. He is the Director of Meiji Institute of Advanced Mathematical sciences (2007-) and President of Japanese Society for Mathematical Biology (2013-). He was previously the  President of Japan Society for Industrial and Applied Mathematics (2002-2003).
M. Mimura's research focusses on reaction-diffusion systems, especially those who are singularly perturbed. In this field, he has obtained fundamental results.


Alessandro Zilio was completing his PhD under S. Terracini in Milano. His research interests are singular limits for fractional partial differential systems.

Nancy Rodriguez is currently a NSF Postdoctoral Research Fellow at Stanford University working with Professor Lenya Ryzhik. She did her graduate work at UCLA in applied mathematics under the guidance of Professor Andrea Bertozzi. Nancy is interested in understanding biological and sociological phenomena using partial differential equations. In particular, for biological applications she studies aggregation equations with degenerate diffusion and chemotaxis models. From the sociological point of view, Nancy is interested in studying PDE systems that model crime patterns.